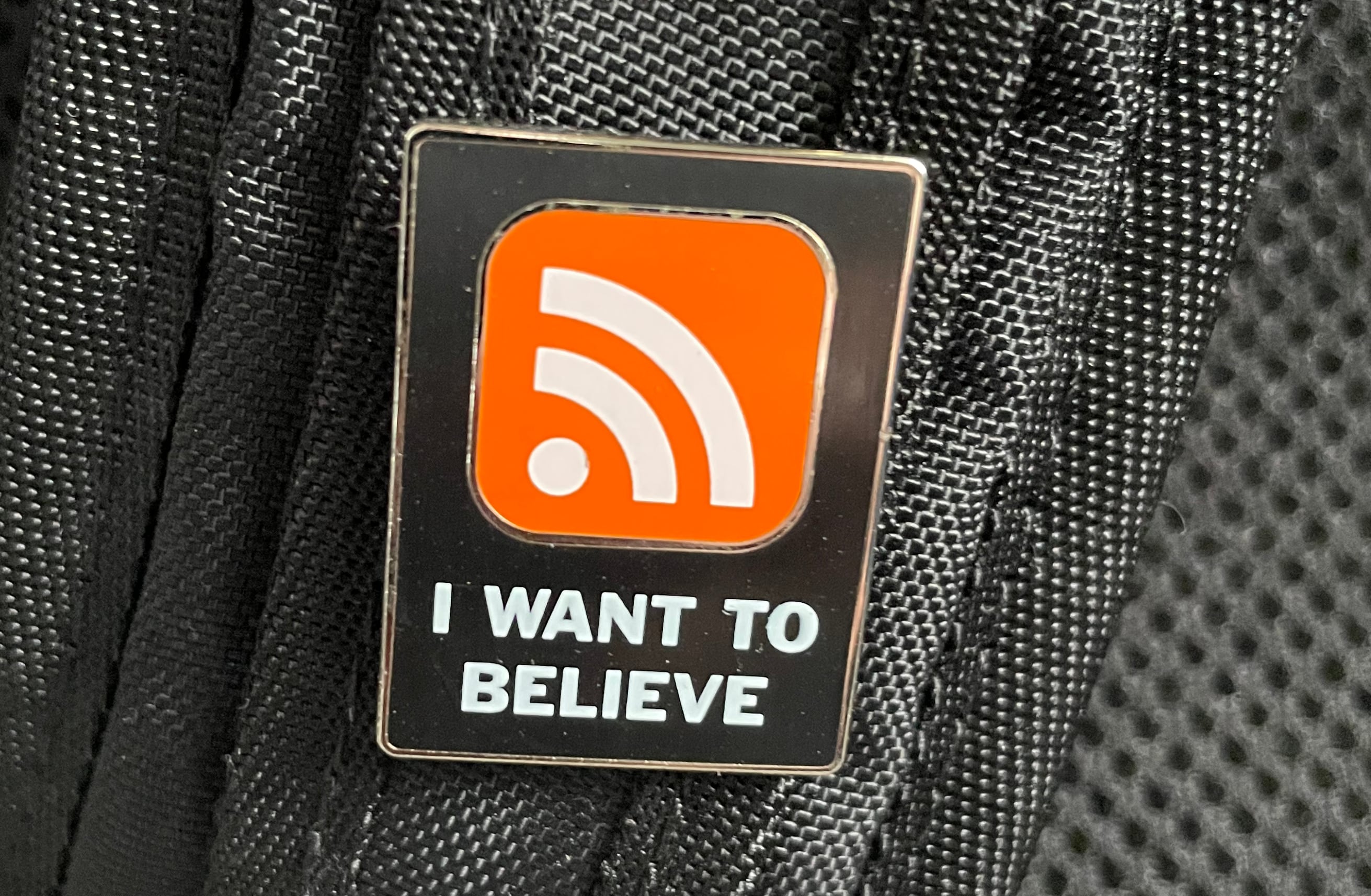 My friend Adam recently asked me about the RSS feeds I consume, so I thought it was a good time to do the equivalent of a 2022 blogroll post. The orange RSS icons in this post link directly to RSS feeds you can subscribe to.

If you don’t have a way to follow RSS feeds, a site like Feedly or Newsblur will get you started for free. For my own setup, I self-host FreshRSS in a Docker container on my NAS, and then I mostly use NetNewsWire to read the feeds from FreshRSS. That way my NAS is always searching for feeds, but I can still read them in a desktop native client.

). Also pretty much every newsletter you subscribe to has an RSS feed. Then add in web comics. Those 3 categories make up the bulk of what I read.

Reddit: Every subreddit has an RSS feed, but that can be too much. I like to get the top posts of the last month as a feed. It’s roughly 1 post a day, not too much but you get the stuff that bubbles up to the top. An example feed is https://www.reddit.com/r/apple/top/.rss?t=month – replace apple with whatever subreddit you want to follow.

Other social media: Following people on Instagram, Facebook, YouTube, etc. is a little tougher. I’m self-hosting RSS-Bridge on my NAS, which allows me to follow people from closed social networks. It can connect to a ton of sites, the only downside is that you have to host it yourself. I also get my Flickr and Pinboard feeds via RSS, if you too are stuck in 2008.

Blogroll: With that said, here’s a few of the general interest feeds that I follow:

Cultivating a good collection of RSS feeds gives you a more mindful way to consume social media. There’s no infinite scroll, no engagement metrics trying to get you to consume more, and it helps decentralize the internet a bit more.