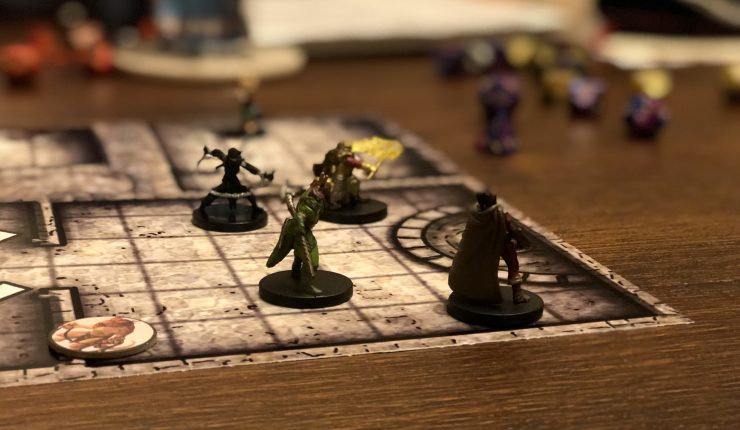 My First Time on the Other Side of the Screen

I messed up rules, I forgot what I said, and didn’t add any of the flavor descriptions I had planned. But, people had fun so that’s OK. After three years of playing Dungeons & Dragons, I survived my first session as a Dungeon Master.

Once a year my employer gathers all our distributed workforce for a week of in-person work. My coworker Payton organized some groups to play in the downtime we have some evenings. He wrote the scenario, provided pre-gen characters, dice, pencils, everything! Payton also asked people if they wanted to play, DM, or “play but could DM if needed.” I chose option 3.

The game was a one-shot scenario based on Stranger Things called “Unusual Things” for a group of level 2 characters. His description:

Nothing much happens in the mountaintop town of Hawkurns, where the populace mines magical crystals and their kids to get into all kinds of mischief. Recently, however, people have been disappearing, and no one knows why. Rumors of unusual things are everywhere. Can you help solve the mystery before something worse assails this small town?

My players solved the puzzles, found the big bad guy and defeated him! Some of the townsfolk even survived!

Aside from Payton’s organizing, two things helped me a lot for my first time on the other side of the DM screen.

/r/DMAcademy has a lot of good discussions and tips. It also presents a wide array of experiences so I felt like I could handle the weird things my players did. The players still threw me for a loop, but the important thing was that I was fooled into thinking I could handle it.

The other big help was my friend Chris Salzman’s podcast Roll for Topic, where he and Andy Rau roll a d20 to decide what to talk about with their guest GM. (Skip episode 20 if you’ve never listened before, it’s an off-format episode.) Chris runs the 5th Edition game at my coworking space as well as a Blades in the Dark game I’m in with Andy on Roll20. I also recommend listening to your own DM’s podcast if they have one, just to find out how much you messed up their plans.

Chris’ sign-off for the podcast is “Remember, if your players are having fun you’re a great GM” which is the best advice I got.

(The photo at the top is from a different game I was in with maps and miniatures. I forgot to take any pictures of our game, and my hand-drawn maps with beer caps for enemies was much less photogenic)